Last fall, in her first few weeks at Fort Wayne Community Schools’ South Side High School, my daughter thought she was volunteering for a school-sponsored tutoring program, because a teacher was organizing it, and she heard about it on the school announcements. But no. After school, the tutoring volunteers were led across the street, past a gauntlet of anti-abortion propaganda, into the City Life building, where she learned that the tutoring program was actually sponsored by City Life.

It didn’t take me too long to find out that City Life is the “urban” outreach branch of Youth for Christ of Northern Indiana, and when I learned that, I was really angry. I remember Youth for Christ’s Kansas City branch from my own teenage days:

But AT LEAST in Kansas City in the late 1980s, students had to physically go to the Youth for Christ building. Yes, YFC’s foot-soldier students were there with me and my sister in our schools, occasionally reminding us and others that we would be going to hell but also that we could have a super-fun time if we would join them for Saturday night rallies at YFC. (We declined.) 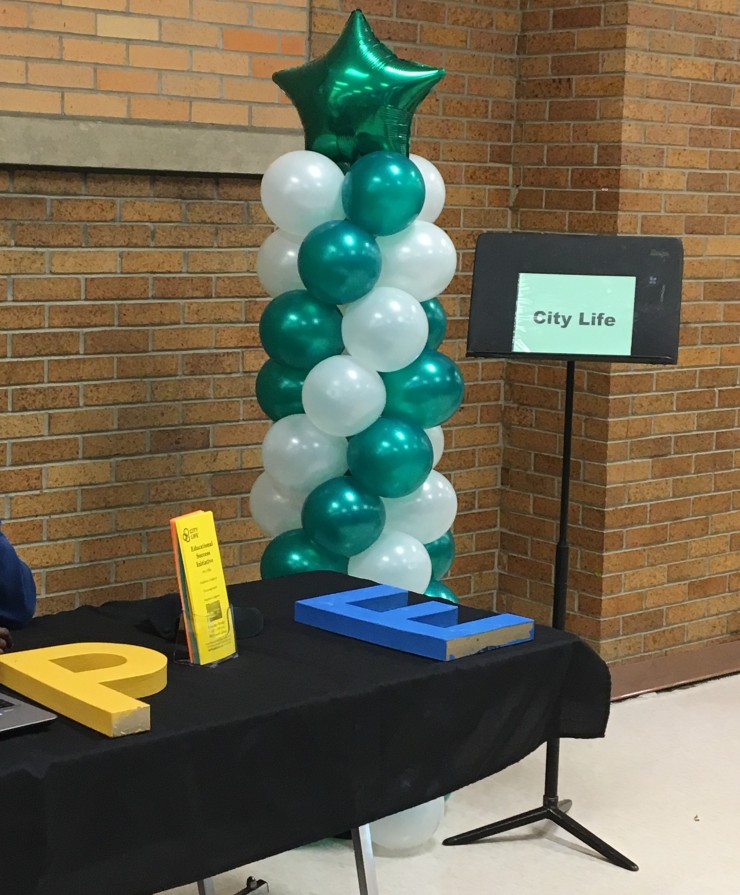 Youth for Christ certainly thinks it’s OK, and more than OK, to work directly in schools:

We don’t wait for students to come to us. We intentionally go into their world in order to initiate new relationships. Whether it be on campus, hanging out at the skate park, or rooting for their team on a Friday night, we go where students are. As these relationships form, students enter into the community of Campus Life. (Link; quote starts at 0:59)

This is the YFC strategy: to get as close to students, away from their parents, as they possibly can, and then frighten them. This is apparently the strategy of both Youth for Christ’s “Campus Life” program and its “City Life” program, but people who care about racial justice and respect would do well to consider the additional racist, patronizing rhetoric that goes along with the “City Life” propaganda:

City Life is a relational, holistic, community-based ministry that desires to see deep change in an urban neighborhood through the raising of indigenous leaders from the young people in that community. Simply put, “FROM HERE LEAD HERE.” . . .

What is an INDIGENOUS LEADER?
A young person raised in the urban community who has shown the desire to be taught in a seemingly unteachable environment, possesses the fortitude to lead in a positive manner even when it seems no one is following, and has the audacity to shine or reflect light in the midst of darkness.

This is an insult to South Side High School and to the south side of Fort Wayne: South Side is better than this. South Side is not an “unteachable environment” “in the midst of darkness.” I spent a lot of time at South Side last year, loving the energy of the students I sold snacks to at football and basketball games, valuing the deep and abiding commitment to the students and to the school that I have seen over and over again in my daughter’s teachers, and making connections with other parents who care about their children’s education as much as I do.

Fort Wayne Community Schools, can someone remind the principal at South Side High School that it is unconstitutional for a public school to promote a particular religion? And that doing so is especially insulting at the most racially, ethnically, and culturally diverse high school in the district? Thanks.

One Reply to “@FWCS: Why Does Youth for Christ Get a Table at My Daughter’s School’s Registration Days?”